Nearly one in six Hoosier households – 17 percent of respondent 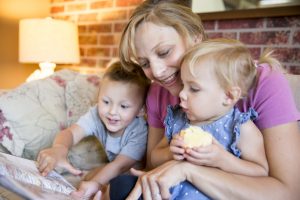 s – reported in 2014 they struggled to afford enough food for their households, according to a new report released by the Food Research and Action Center (FRAC).

How Hungry is America? provides data on food hardship – the inability to afford enough food – for  the nation, every state, and 100 of the country’s largest Metropolitan Statistical Areas (MSAs). The report found that nationally the food hardship rate was 17.2 percent in 2014.

“It is unacceptable that so many across Indiana cannot afford enough food to provide for their families,” said Emily Weikert Bryant, executive director of Feeding Indiana’s Hungry. “These statistics are more than just numbers. They are Hoosier households with children, seniors, veterans, working adults and people with disabilities who are struggling to make ends meet.  We urge our elected leaders to do right by their constituents. It’s vital that they protect and strengthen federal nutrition programs, and support the state produce distribution program through Indiana’s food banks.  With political will, we can end hunger in Indiana now.”

The United States Senate and House recently passed budgets that would subject the federal nutrition programs to staggering cuts. Such cuts would cause irreparable harm to the health and well-being of millions of people across the country who struggle to put food on the table. They also ignore the fact that no community or state is free from hunger, as multiple studies and research continue to demonstrate.

In Indiana, legislative leaders continue discussion and negotiations on a state budget that includes support for Hoosier produce purchase and distribution through Indiana’s network of food banks, but at a funding level that has not been raised in six years even as the number of struggling Hoosiers continues to grow.

“Food hardship is a problem in every corner of Indiana. People are still struggling,” said Bryant, noting that too many Hoosiers bear the brunt of insufficient wages, unemployment or involuntary part-time employment, and struggle to get by. “Our elected leaders must work with the charitable and private sectors in earnest to make a significant impact on alleviating hunger and improving healthy outcomes for all Hoosiers.”

How Hungry is America? contains data throughout 2014 for every state and 100 of the country’s largest metropolitan areas (MSA). The data were gathered as part of the Gallup-Healthways Well-Being Index project, which has been interviewing hundreds of households daily since January 2008. FRAC has analyzed responses to the question: “Have there been times in the past twelve months when you did not have enough money to buy food that you or your family needed?” A “yes” answer to this question is considered to signal that the household experienced food hardship.

The full report is available at www.frac.org