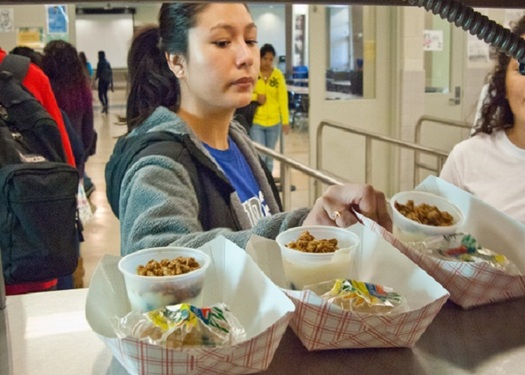 Thursday, the Senate is expected to vote on SB 9, which would remove a lifetime SNAP benefit ban on anyone who’s been convicted on felony drug charges.

Emily Weikert Bryant, executive director of Feeding Indiana’s Hungry, says it was put into place as part of welfare reform legislation in the 90s but it really hurts those who make a mistake and end up in prison, because once they’re released they can’t always find a job, and aren’t able to receive help buying food.

Weikert Bryant says Indiana is one of the few states that has not removed the ban.

“Within the last two years, the states of Alaska, Texas, Alabama and Georgia have changed their policies away from that lifetime ban, and we’ve seen most other states do that as well because it doesn’t serve the purpose that it was intended,” she points out.

Weikert Bryant says people just getting out of prison make around $10,000 a year, but in Indiana the minimum amount needed for a single person to be considered self sufficient is more than $18,000 annually.

A bill heard recently in committee is SB 154, which would eliminate the asset test that a SNAP recipient must pass to be eligible for benefits.

Weikert Bryant says that regulation makes it nearly impossible for people to put anything aside so they can pull themselves out of poverty.

“If you have any sort of savings or some retirement account, some other types of savings, if you have a pre-paid burial plot, you have to sell or get rid of those assets, or spend them down, in order to be eligible for SNAP benefits, even if you have no income at all,” she points out.

Weikert Bryant calls the SNAP program one of the most well run, efficient and effective anti-hunger programs in the country.

Other bills she and other advocates are keeping an eye on this legislative session have to do with healthy food financing programs to help get fruits and vegetables to areas known as food deserts in the state, and a program to help food banks to buy Indiana-grown products.